Janet, my girlfriend, and I went to Colorado Springs a day early, Thursday, to ski on Friday before SQL Saturday #104. It was her first time skiing and for me it has been about 3 years since the last trip on a mountain. The altitude at Monarch was about 10,700 feet above sea level at the base, and this had me breathing hard just going up the stairs. 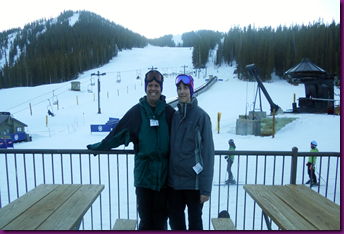 We meet up with Jason Horner and Christian Leo on Monarch Mountain. It was great to spend some social time with other SQL geeks before the event. Janet is trying to get used to techy talk but at least she is trying.

I meet Jeremy Lowell from Data Realized as sponsor of the Friday night event. They gave us ski vests with SQL Patrol on the back like the Ski Patrols on the mountains. The ski theme was even part of the schedule, Chris Shaw and gang did a great job. There were others that promoted the event and helped the day go by that were awesome. 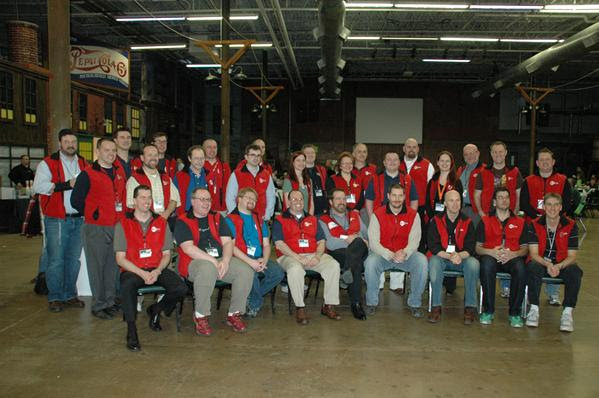 I attended an Introduction to BI which was given by 2 individuals, Marc Beacom and someone else, because it was right before mine. The rooms were small, but packed 20-30 people. I thought that would be a problem, but actually was good for everybody could see without using Zoomit. They introduced a new term for Data Warehouse calling it a Data Vault. Very interesting!!!

My session was on Dimensional Modeling 101. I tried to demonstrate methods from the Kimball Group while showing flow in SSIS and display in SSAS. The reviews were what I expected for the first time doing this session – from excellent to you were all over the place. 60 minutes is just not enough time, need 75-90 minutes.

The best session of the day was with Thomas LaRock and Jason Strate, that I attended. It was an attendee group effort to get to the root cause of a performance problem. Jason drove while Thomas guided. I am are sure this helped every one understand that the native tools of SQL Server can diagnosis a problem while helping all learn how to cooperate with each other to solve a problem. They also guided us in how to communicate with other departments and the importance of being able to say the right things and showing your worth in the company.

Lunch was spent socializing with attendees and catching up with some SQL friends William (Bill) Pearson and Grant Fritchey. Janet and I talked more with Grant waiting for the plane Sunday morning.

Mike Fal did an excellent job with Partitioning, so good he is doing the session for the PASS Performance and Data Architecture Virtual Chapters. Also, David Eicher showed some tips for using maps in Reporting Services. I caught some of Always ON 2012 from Austin nut Jim Murphy.

I am amazed that I gained all this knowledge and excitement and fun from a SQLSaturday. This site is loaded with 20-30 events coming up in the next 4-5 months, so please do not missed these opportunities to learn and/or teach.

Email ThisBlogThis!Share to TwitterShare to FacebookShare to Pinterest
Labels: SQLSaturday

Database Makeover: Renovate Your Data Model
You know the concepts of normalization, logical modeling, and physical implementation. But what happens when you’ve inherited a less than perfect data model? You need to renovate while keeping the production system humming. In this session, we’ll talk about how to evaluate an existing model, how to approach design when your system is up and running and how to incrementally apply database design changes in a fast-moving environment. Every database, even ones consisting of a collection of flat, unrelated tables, has the potential to become a beautiful database. All you need is an eye for design and a strategy to get you there.

Audrey Hammonds
Audrey Hammonds is a Database Developer for ista North America in Atlanta, GA and a SQL Server MVP. Fifteen years ago, she volunteered for DBA training to escape COBOL, and never looked back. A firm believer that good fundamentals and solid design can save a database professional’s sanity, she has devoted much of her career to designing (hopefully) elegant databases and straightening up others’ not-so-elegant databases. She blogs at http://datachix.com with her partner in crime, Julie Smith.

Posted by Thomas LeBlanc at 5:27 PM No comments: